Can Your Roof Increase Your Home Value? You love your roof, right? What’s not to love. It’s always there, keeping you and your family safe from all kinds of nasty things that fall from the sky in this part of the world. Your roof is a valuable part of your house!

Many people have asphalt roofing. Asphalt roofing is still the most popular roofing choice in America. You see it everywhere – the black or gray rubbery shingles that are stapled down one on top of the other. Asphalt roofing is usually chosen for its affordability and wide variety of colors and appearances.

While we take great pride in every asphalt roof that we place or repair, I’d like to let you in on a little secret. Even the best asphalt roofs will only last 10 – 15 years before they need to be repaired or replaced.

That means that throughout the length of your home ownership, you may replace a single roof 4 or more times! Yikes! Whenever we install a roof, we let our customers know about their expected useful life of that roof. While you may budget repairs like this, it can present a challenge when trying to sell.

Curb appeal is the starting point of your home’s value. The home could be valued even higher than the asking price and without sufficient curb appeal, it’s unlikely to stop prospective homebuyers.

The truth is that a decaying asphalt roof (which can happen in as little as ten years) due to algae build up can severely limit curb appeal. Most homebuyers know what a problematic roof looks like.

Even if they can’t see the signs of wear, an inspector who discovers the roof has been in place for 8 or 9 years is likely to communicate its age to prospective homebuyers as well as the fact that this will mean an imminent roof replacement.

Great question! To answer it, I’d like to introduce you to some friends of ours:

Growing up as fraternal twins was never easy for Scott and Sara. Both having competitive spirits, they occupied much of their childhood with made up contests over who could run the fastest to mom and dad’s car, who could hold their breath longer at the pool and who could think of the best animal combination on the way home from school.

As adults, Scott and Sara both own similar bungalow-style houses that are valued at $210,000 and $195,000 respectively. They may not foot race each other anymore, but they still make competition out of things like their preferred barbecue method, the type of car they drive and the baseball teams they support.

Eleven years ago, when it came time for Sara to replace her roof, she decided to go with stone-coated steel shingles. Two years later, Scott’s roof also needed to be replaced. He opted to keep the look of traditional asphalt shingles. Of course, when they talked about price, Scott took the opportunity to remind Sara that he spent 50% less than she did on his roof.

Scott felt pretty good about himself.

Two months ago, the company at which Scott and Sara worked (as competing salespeople, no less!) moved its branch 55 miles away. Both Scott and Sara decided to sell their house.

The day of the appraisals, Scott found out that his roof was just two years away from the end of its useful life. The front of his roof was beginning to show some streaking. He listed the house at a market value of $212,500 and waited.

Sara also had an inspection, but discovered that not only had her metal roof increased the value of her home to $205,000 the day she had it installed. Her realtor also told her that young homeowners, who often purchased in her neighborhood, were especially inclined toward the maintenance-free metal roof. She listed the home at $212,500.

Two weeks later, and following an intense counter-bidding process for the home, Sara accepted an offer from a young couple for $218,000. Her home had sold.

That same day, Scott reduced the price to $210,000. Two weeks later, he lowered the price to $206,000. After six weeks without an offer, he hit his absolute lowest price of $200,000 and got an offer – contingent on a new roof being installed. He accepted the offer with tears in his eyes.

As the story above illustrates, your home’s value is dependent on what people are willing to pay. Not only had Sara made a great decision to go with metal roofing, which will immediately increase your home’s value by 3 – 6%, but over time her roof had increased in value as the cost of steel roofing went up.

Prospective home buyers found the promise of a roof that would last 100 more years appealing and her house both sold quickly, and for higher than she listed due to a counter bidding war that broke out.

Scott, on the other hand, still had remaining useful life left on his roof, but inspectors were mentioning that it was less than five years to prospective buyers who express interest. Additionally, the anti-algae coating had begun to wear off revealing ugly streaks which negatively impacted his home’s curb appeal.

Assuming their roofing choices had the 2015 average cost, Scott probably paid around $9,400 for his roofing job and Sara about $14,200.

As a return, however, Scott lost a total of almost $20,000 and Sara’s home actually increased $23,000 in value and she made almost $10,000 in net profit on her decision. Suffice it to say she was able to give Scott a REALLY nice congratulations card when his buyers finally closed.

In fact, we’ve put together an infographic that gives you even more of an idea of how great of a decision a metal roof is:

At Security-Luebke Roofing, we stand behind all of our work with workmanship and materials warranties. Our stone-coated steel shingles by Decra are guaranteed to protect your home from the elements and the natural decay that asphalt shingles experience.

A metal roof is a roof for the future.

To find out more, or get a free estimate, contact us today!

We’re the most trusted roofing contractor in Northeast Wisconsin.
N

Protect your most valuable asset and get a no strings attached free estimate and see if your roof qualifies a repair.

Get Your Free Estimate

The local roofing experts for businesses in Northeast Wisconsin.

Our expert technicians are equipped to solve any roofing problem.

The Quality Roof You Deserve From a Company You Can Trust.

Top-of-the-line materials and craftsmanship, at Security-Luebke Roofing we’ve given clients peace of mind for over 60+ years.

Experienced and Knowledgeable: Our team has seen it all when it comes to roofing, thanks to our 60+ years in the Fox Valley. We get the job done right the first time.

Responsive: Sometimes, repairs to your roof can't wait. Our dedicated team provides prompt communication and repair so you can enjoy your home while it is safe and warm.

No Traces Left Behind: After our crew is done with the job, we bring your yard to the way it was when we arrived - no nails, shingles, or materials left behind. We leave only the new durable roof. If anything is found, we will come back to make it right.

Rainy Day Financing: We offer a variety of options to fit your budget.

Learn about our 60-year history of the best craftsmanship and safety. Homeowners, businesses and organizations from Green Bay, Appleton, Manitowoc, Oshkosh and the surrounding areas can expect us to provide unmatched roofing excellence. With outstanding quality and 60+ years of experience, we are able to provide you with only the best in new roofs, roof repair and leading gutter guard solutions

We are the local experts in everything roofing. From shingles to steel, our experienced team has seen it all, and done it all. Our team is what sets us apart from any other roofing and gutter contractors in Wisconsin. With over 50,000 customers over 60 years, we are highly experienced and knowledgeable. Allow our roofing family to provide you with excellent service and a high-quality roof your family deserves.

"The Best company bar none from beginning to end and everything in between."

"Best roof inspection/ overview I have ever seen. I felt completely educated concerning my roof concerns and very capable of making a educated decision in my purchase. Very impressive company and a very impressive warranty."

"From start to finish they were very professional and thorough. Explained everything in detail, laid out all my options and helped decide which one was best for us!"

"The Crew worked hard was very professional and did an amazing job on clean up!!! Left no traces that they were there!!!"

"I'm very pleased with the service. Their sales person, brought in samples of the different types materials that they could install and explained the benefits of each in laymen's terms. Once on the roof Their crew was very fast, efficient and professional. Great work!"

Fill out a form or give us a call. We will make sure to get someone out to your property as soon as possible.

We will send a member of our team out to inspect your roof and determine what your roof needs as well as answer any questions you may have.

A new roof is a big investment, our hassle-free process allows you to make a decision once you are comfortable.

After you’ve made your decision, our residential estimator will inform you when we can start your project.

Owens Corning is a global leader in building materials and is known for their high standards for craftmanship and service.

We are distinguished as an Owens Corning Platinum Preferred roofing contractor, allowing us to offer one of the most prestigious warranties in the roofing industry. All new roof installations are backed by a 50-year non-prorated warranty. 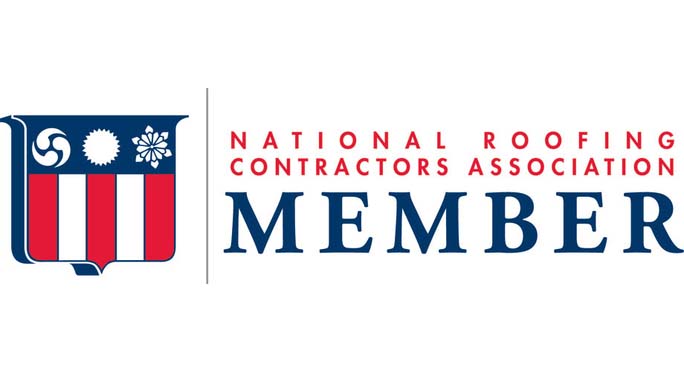